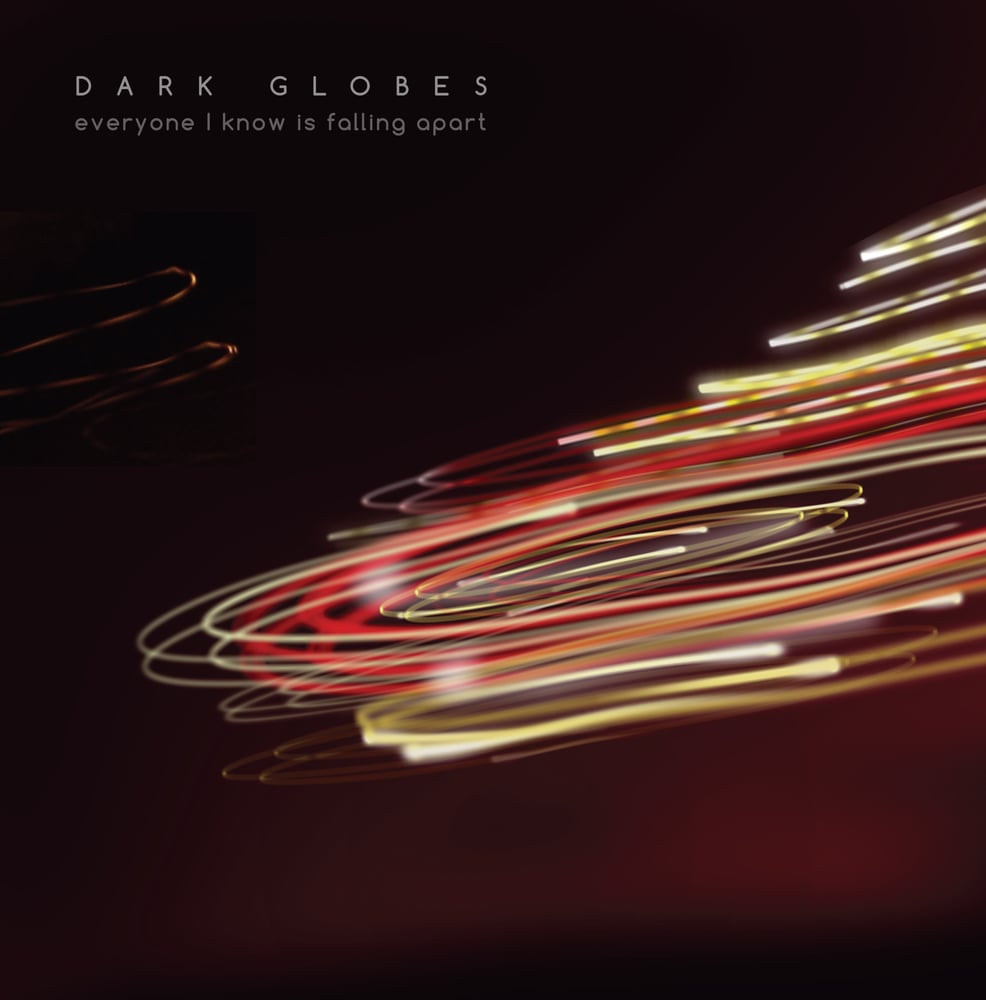 Dark Globes - Everyone I Know Is Falling Apart

Southend-on-Sea based Dark Globes are set to release their debut album Everyone I Know Is Falling Apart, on Friday 17th March 2017, via Half Machine Records

Dark Globes came together at the Railway Hotel, the Victorian boozer at the heart of Southend’s creative life, evolving around main songwriters Tom Burgess and Leighton Jennings. Dark Globes played their first show at the Leigh Folk Festival, playing as a 3 piece, without any prior rehearsals.  They quickly picked up a third guitarist – Richard Onslow, who runs Southend’s South record shop, bassist Andrew Moore (known for his prolific output as The Tumbledryer Babies) and drummer Chris Richardson (who also makes lo-fi pop as Happy Hooves).   One rehearsal later they went out playing shows, and recorded their debut album.

Everyone I Know Is Falling Apart is the culmination of all of their disparate influences - indie heroes Teenage Fanclub, the reverb-drenched melancholy of Yo La Tengo and Galaxie 500 and the precise jangle of Felt – but with a distinctive voice all its own, a sound that takes inspiration from all over, but could only come from the Essex coast.

Available on LP, with a bonus CD which includes the full album plus exclusive extra tracks